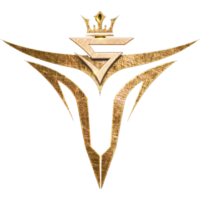 Yet another barnburner just waiting to happen! Victory Five taking on LNG Esports might not be as hype as the Best of 5 preceding it, but it's still an incredibly hype match-up and a series that should, by all means, end up delivering!

And that, really, holds true for *most* LPL clashes nowadays. It is the most stacked and competitive region the world of competitive LoL has to offer -- and it's not even close. China has the best players, the most tremendous talent, and more top-tier challengers than it knows what to do with. Two teams have already qualified for Worlds (JD Gaming and Top Esports) which means that there are only two spots left.

Interestingly enough, V5 and LNG already faced off a few weeks ago and it was LNG who were able to come out ahead. It was a hard-fought series but its outcome might still linger in everyone's mind. V5 are arguably the better team, so we're not quite sure what to make of it. Was it just a temporary slip-up or, perhaps, an indication that they're dealing with numerous debilitating issues? We'll find out soon enough.

If there's one saving grace it is the fact that they could observe the chaos from the sidelines, recuperate, and work on their flaws in private.

We think they'll come out the gates swinging, motivated as ever to make a statement, find a bit of redemption and, eventually qualify for Worlds, but it's not going to be easy nor lopsided. LNG Esports are exceptional in much in the same way and they, too, have a shot at emerging victorious. In any case, do make sure to tune in as a five-game spectacle is basically guaranteed!