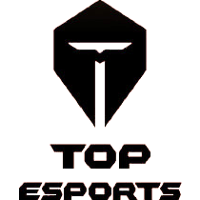 There are just two Best of 5s left before the 2022 LPL Summer Split officially comes to an end and, needless to say, things cannot get any more exciting! Only three teams are left standing after an absolute rollercoaster of a split; they've all been fighting their hearts out with just a singular goal: to claim the vacant LPL throne and, in doing so, etch their names in history. And, to make things even more interesting, all three teams have a shot at going the proverbial distance. They have it all: astounding amounts of talent, more mechanical prowess than you can shake a stick at, and some of the very best and most capable players who've ever taken flesh.

They are, by all means, separated by excruciatingly slim margins. Making any sort of prediction, therefore, feels like an unassailable challenge.

The LPL playoffs have, thus far, been an absolutely incredible ride, with some of the most jaw-dropping, awe-inspiring League of Legends we've seen in a while. And, odds are, that'll keep on being the case until the very end.

There's only one problem, though: we couldn't possible say who's going to come out on top here. The best we can do is make a blind guess — a leap of faith, if you will — and hope for the best. There's no rhyme or reason here: just complete, utter chaos, the kind that the LPL has patented many a year ago.

For those watching, this is the ultimate delicacy, a gift unlike any other. For those betting, however, it's tantamount to a nightmare. Regardless, we'll side with Top Esports on this one as they've been ever so slightly more consistent. They were also a few good decisions away from taking down JD Gaming which is also a very impressive feat — one that is wholly indicative of their tremendous potential and ability to compete on the highest of levels. They also took down EDward Gaming a mere week ago so they already know what needs to be done so as to stand a chance at emerging victorious.

That being said, it could really go either way, so just keep that in mind if you're going to put your hard-earned money on the line.