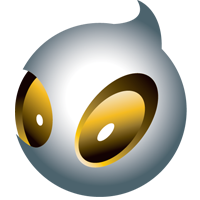 What a truly peculiar match-up between two inherently flawed teams — Evil Geniuses vs. Dignitas QNTMPAY will probably deliver, but it might also turn into a complete fiesta, so proceed with caution. Moreover, we’re not exactly sure just how good they really are at this point in time. They won’t challenge the LCS status quo any time soon, but they’re definitely going to make things a lot more interesting than expected.

On the one side, we have Dignitas — a severely gimped team that has made two roster changes in the span of just three weeks, neither of which can be considered as an upgrade. And yet, for some odd reason, they’re actually playing pretty darn well. They’re still flawed in every which way, but they’re playing their hearts out and are not to be trifled with. Yusui and Akaadian are by no means pushovers, but they’re just not good enough to compete with the creme de la creme. Regardless, they’re more than serviceable and have done just about enough to warrant our benefit of the doubt. Their game against FlyQuest yesterday (arguably the second-worst team in the LCS right now) was surprisingly clean and commanding, and they also went blow for blow with Team SoloMid recently, so they should not be underestimated.

Evil Geniuses, on the other hand, have been both hot and cold lately, with their last few outings being extremely impressive. Still, this is EG we’re talking about — we’re always waiting for the other shoe to drop and for them to implode. That’s always been the case, and it’s probably bound to happen this time around as well. They’re good, perhaps at times even great, but sooner or later they tend to regress without any apparent reason, hence our willingness to truly board the hype train. Be that as it may, their game against Team SoloMid yesterday was an absolute shellacking. Heck, maybe that’s even an understatement — Evil Geniuses were sublime, with their Academy jungler Contractz (who also happens to be a former LCS veteran) doing most of the heavy lifting on Diana. The rest of his teammates played their part as well, but this talented veteran arguably stood out the most.

They were pristine in execution and were suprebly proactive from start to finish. Team SoloMid had a few good moments, but they obviously weren’t enough in the grand scheme of things. EG were in control from minute one and never let go. So that was the good kind of EG, the one that is undeniably a top-tier challenger. But that shade of EG always tends to fade away for some odd reason. Will that happen again? It’s impossible to know at this point in time, but they shouldn’t have too much trouble in taking Dignitas down. They’re better across the board and are riding quite an impressive momentum wave, so if they just draft to their strenghts, give enough agency to Jiizuke and get IgNar on an engage pick, they should definitely be able to get their hands raised.