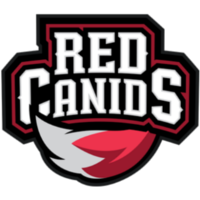 RED Canids vs Royal Never Give Up

An open and shut case, is what this is. The CBLOL representatives have definitely made waves (relative to everyone's pre-tournament expectations), but they can only do so much in the face of such tremendous opposition. They're good, there's no doubt about it, but they're just not *as* good as their opponents. And, well, no one should be surprised for that being the case.

They still have a shot at making it out of groups but it's definitely not a likely scenario, what with them losing to both Istanbul Wildcats *and* PSG Talon.

Royal Never Give Up, on the other hand, have been about as clean and commanding was we've come to expect. They're better in every way, shape, and form and probably won't struggle much to emerge victorious and improve their (already stellar) record even further.