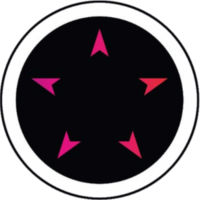 These two teams of vastly different skill ceilings will clash off for the third time and, well, the end result is all but a foregone conclusion. That much is obvious to everyone. Their first two outings were about as one-sided as possible. The LCS champions might not be good enough to compete with the best teams the world of LoL has to offer, but they're nonetheless a worthy challenger a team with a varied arsenal of tools and weapons.

That, however, is not something one can say about their Oceanic adversaries -- a line-up that, while certainly better than expected, is still a cut below the boys in black and orange. Everyone knew this coming into the tournament so it's like we're breaking any ground here. Still, it warrants a mention. The gap between them is insurmountable. That, too, is obvious.

Evil Geniuses, by the looks of it, won't be leaving much of a mark. It's still a bit too early to count them out, but it's a fairly correct take after all that we've seen thus far. They're good, if not even *great* at times, but that's just not going to be enough against the best teams in the world.

ORDER, however, are neither a towering giant nor a particularly layered challenge. They're good, in all fairness, but still severely flawed and, therefore, exploitable. Betting on EG, therefore, is the only logical option.