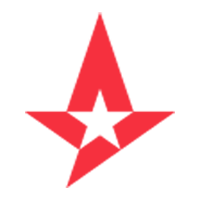 The fourth week of the 2022 LEC Summer Split has started off with a bang. We witnessed not one, not two, but a whopping three mind-boggling upsets and, frankly, we're not quite sure what to make of them. Did the underdogs simply overperform? Or is this, perhaps, an indication that a most tremendous shift in the status quo is about to take place?

You could argue both ways, in all fairness, although the sample size at our disposal is so meager and insignificant that we'd suggest holding off on drawing any concrete conclusions. Regardless, it sure is a strange time to bet on the LEC. There's so much uncertainty in the air and while things *will* stabilize at some point, no one's quite sure *when* that'll happen and how it'll affect the standings.

Fortunately, one team seems to revel in this chaotic state of affairs, and that's the MAD Lions. They, too, are flawed and, at times, exploitable, but whenever they get rolling -- and it happens a lot more often than it doesn't -- they're undoubtedly one of the best teams the LEC has to offer. Elyoya and Nisqy, in particular, are doing a ton of the heavy lifting, although much of the same can be said for their teammates as well. They're playing with newfound zest and motivation and watching them compete has been one of this split's chief delights.

They're in sync and are more aggressive than ever before (sounds impossible but it's true). It's like each and every single member on the team has something to prove -- they're playing with a chip on their shoulder and it's been a tremendous pleasure to observe their growth and evolution.

Astralis, in spite of appearances, are not a pushover. And their record proves it, too. They've been incredibly competitive with teams most folks thought would obliterate them and for that they've earned our utmost respect. They're still astonishingly flawed, of course, but they're nonetheless very capable and should not be underestimated. Heck, they're tied with the defending champions G2 Esports, Misfits Gaming, and Team Vitality. That's... at once both thoroughly impressive and wholly vexing. It's also a testament to their cohesion and overall work ethic, both of which warrant ample praise and commendation. They're not going to make playoffs, that much is clear, but they *will* give all of their peers a run for their money, and we, for one, deem that sufficient.