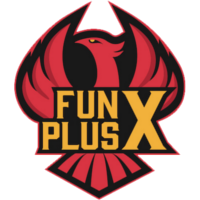 FunPlus Phoenix vs Royal Never Give Up

The opening match of the 2022 LPL Spring Split is wholly fascinating in nature, and, potentially, quite a fair bit more even than one would expect given the circumstances. It would be far too easy to side with Royal Never Give Up, given whom they have competing under their banner and the immense amount of success they were able to find throughout 2021. But if the most recent Demacia Cup is anything to go by, things could very well be a lot more competitive than one would expect.

FunPlus Phoenix -- as gimped as they were -- nearly went the "whole nine yards." They were just a single game away from winning it all. And, frankly, they probably would've gotten the job done had they just banned Viego, an egregious oversight that simply had no justification. But impressive though their accomplishment was, there's definitely an asterisk lingering in the air: they had to go through Ultra Prime and LNG Esports to get there which is hardly an arduous road. The LNG bunch is amongst the most competent in the LPL but you'd never be able to guess given just how badly they had performed throughout the tournament. And much of the same can be said for Royal Never Give Up who had only played a single match against the tournament winners Top Esports.

They had direct seeding into the quarterfinals which means they were pretty much thrown into the fire. Was it a good showing? Not by a long shot, but it'd be unfair of us to judge them for it given the circumstances. Most of their peers had a bit of time to warm up which is no small benefit.

The oddsmakers are favoring RNG here and, frankly, it's easy to understand why: the amount of talent and potential they have is just baffling. Their decision to move Xiaohu back to mid will surely take a bit of getting used to, but they were also able to find a suitable replacement: former Worlds finalist (and Suning alumnus) Bin, a spectacular top laner and a sufficiently talented individual who'll no doubt "fill in the void."

FPX, on the other hand, don't have much going for them. They're not bad by any means (far from it, in fact), but their line-up simply pales in comparison to RNG's. Be that as it may, they've shown a fair bit of promise and should, by all means, be considered a shoo-in for the Spring Split playoffs (at the very least).

With that being said, we simply cannot give them the edge on this one. Royal Never Give Up are all but guaranteed to win, barring any huge, unforeseen twist for the ages. It's the very start of the season so an upset is definitely within the realm of possibility, but RNG's experience, cohesion, and sheer veterancy should, by all means, come in clutch. Either way, a barnburner is all but guaranteed!