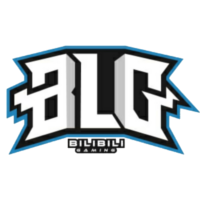 EDward Gaming taking on Bilibili is not as hype as it was back in Spring. Not only is Uzi no longer competing, but Bilibili seem to have regressed a fair bit as a five-man unit. EDG, on the other hand, are finally performing up to expectations and their 3W-1L record attests to the fact as well. Granted, wins over FunPlus Phoenix, Weibo, and Invictus Gaming aren't worth much these days but a win is a win and they have three.

And, for EDG, it's less about the wins themselves and more about the momentum which they were in dire need of. They're currently ranked in the Top 5 and that must be a nice feeling for a team that sort of imploded last split. They went from winning Worlds to finishing seventh in Spring.

Hardly anything worth writing home about.

Bilibili, on the other hand, have an inverted record, with their sole win coming at the expense of Ultra Prime. That's a pretty good win overall, although still nothing overly impressive. Their tally is also somewhat skewed as they had to go up against both LNG *and* Top Esports -- they had no chance against either.

So don't take their current position at face value as Bilibili are actually a fair big better than it might seem at first glance. They're not going to be dethroning Royal Never Give Up any time soon, but feisty and capable they certainly are. Bin, Weiwei, FoFo, Dogo, and Crisp are all exceedingly talented and they'll give any team in the LPL a run for its money.

We don't, however, think they're better than EDG -- at least not if the defending World Champions play to the best of their ability. And so our choice here is clear.