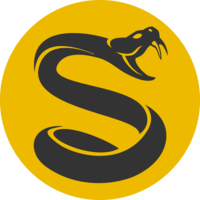 For our second match of the day we have an exceptional clash between two fantastic up-and-coming teams -- Splyce and SK Gaming.

They are both fantastic across the board, that's for sure. They're so good, in fact, that predicting the outcome of this game (with confidence) is downright impossible.

First of all, both teams had a fair bit of time to regenerate and develop in-depth strategies just for this one game. Furthermore, they're almost neck-and-neck in the standings, which means they absolutely have to win this game if they want to improve and potentially have a better head-to-head record if any tiebreakers pop up.

Losing won't necessarily be as consequential, but if they want to attain a better playoff ranking they need to rack up wins against teams of similar strength. Right now, Splyce are sitting at a very (surprising, even) 4W-2L solid record, whereas SK Gaming sits at 3W-3L. Not too shabby.

The thing is, both of these two teams are far stronger than most think. We all remember them from Spring -- they were strong, somewhat capable, but always unable to compete at the highest of levels. So coming into Summer, most people thought we'd get much of the same. After all, there was no reason to think otherwise.

But against all odds, both of these two teams entered the split swinging, and have won quite a fair number of games. They're still by no means world-class contenders, but they're not far off either. Perhaps most surprisingly, both teams showcased incredible growth in all of their games.

They're not perfect but they're improving with each time they step foot on stage, and that's a testament to both their work ethic as well as innate talent.

Splyce have diversified their arsenal and are now a bona fide contender, a team that presents a challenge in all stages of the game. That's not something you could say about the Splyce of old. Not in the slightest. They're creative, willing to fight in all stages of the game, they have admirable cohesion and their late game team fighting is as good as ever. So how high they will eventually rise remains to be seen, but they're definitely a capable contender.

The same can be said about SK Gaming. They're still gelling as a five-man unit (seeing how they incorporated Sacre into their line-up), but when they get on the same page and start the game off in the right way they're a force to be reckoned with.

They might not look like it, but SK Gaming is exceptional more often than not, and are deceptively strong. Their bottom lane, in particular, has been killing it game after game. Crownshot and Dreams are a spectacular duo and have enabled SK Gaming on more than one occasion.

This match-up is incredibly exciting. We simply don't know how it will turn out, as both outcomes seem perfectly plausible. It all comes down to the draft (Splyce should have the edge in that department, at least ever so slightly) and execution in the early stages of the game.

That said, we simply have to side with Splyce. This will probably be a hectic game that will be decided by the slimmest of margins. Despite this, Splyce have all the right tools at their disposal. They are simply better equipped and have made fewer mistakes on the Summoner's Rift every time they spawned.

Even if they don't start off in the best way, they should still be able to claw back thanks to their unfiltered aggression and late game prowess. That said, expect an insane back-and-forth game that can easily go either way.