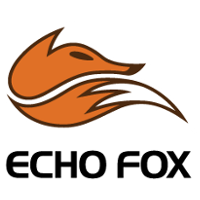 To start the day off, we have a somewhat... Uneventful clash between FlyQuest and Echo Fox. This is basically a clash between the tenth and ninth-ranked teams in the region. Hardly anything worth watching, quite frankly. That said, even the bottom of the LCS right now offers quite a fair bit of entertainment and quality play. Sure, they're often seen only in short bursts but they do happen, and Echo Fox and FlyQuest are bound to deliver at least to a certain degree. The fact that they're so down in the standings doesn't mean they can't compete at a high enough level -- not in the slightest. We know just how strong and capable both teams are, and they're ranked so low only because they were unable to maintain a certain level of play over the last four weeks of play. Whenever they got on the same page they were able to compete at the highest of levels.

Echo Fox already took down Team Solo Mid back when they played, and were just a single decision away from taking Counter Logic Gaming down as well (two teams that are currently tied for second place). So they have more than enough skill to offer, they just can't get on the same page and get the job done. FlyQuest are, in a way, pretty similar, albeit less potent in the current meta. What really happened to them between Spring and Summer still remains a mystery. The things they were once great at are no longer as viable, and they're also pretty confused and out of sync as a five-man unit as well. That's a problem, to say the least. Fortunately, they had a two-week break to come up with a solution and shore up a couple of problems. That doesn't mean they'll succeeded, but at least they have the odds in their favor.

In the end, this is at once both an engaging match-up as well as a pretty uninteresting one. The outcome doesn't really matter in the grand scheme of things. Echo Fox currently only has two wins, whereas FlyQuest only has one. They're still not out of the playoffs from a mathematical standpoint, but they're definitely not favored to reach the Top 6 -- for a wide variety of reasons. They still have time to turn things around, but if they continue playing this badly then they pretty much have to call it a day and look forward to the 2020 Spring Split.

We'll go with Echo Fox on this one, but this is far from a safe game to bet on. Maybe it's best to just skip this one entirely. Expect a hectic skirmish from the very get-go.