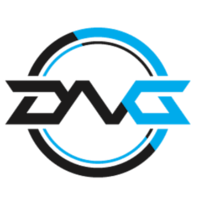 It's hard to think about anything other than the sheer fact that FunPlus Phoenix, a team so many folks thought was going to win Worlds, got eliminated at the hands of Rogue and Cloud9. What a weird and wholly perplexing series of events. We're still shellshocked, pretty much. Group B should in no way generate as much disorder and mayhem, but we thought the same for Group A, and we all know how that turned out.

Still, the gap in terms of skill, talent, and long-term potential between EDward Gaming, T1, 100 Thieves, and DetonatioN FocusMe is much more pronounced. It's like they're all in a league of their own, with EDG showing little to no weakness, T1 being dominant but also fallible, 100 Thieves being feisty but nowhere near capable enough to tango with the two giants ranked above them, and DetonatioN FocusMe trying their hardest and failing to accomplish anything whatsoever.

Chaotic though things have been, there's just no way whatsoever that DFM could ever pull off what Rogue of Cloud9 did. There's still too big of a gap, to put it bluntly. That doesn't, however, mean they won't try. Still, if EDG play as well as we expected them to (and there's really no reason why they wouldn't), they should pretty much be able to take DFM down in record time and, in doing so, secure their ticket to the Knockout Stage.