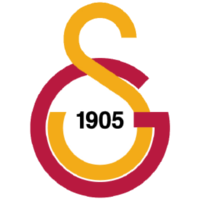 A clash between the North American and Turkish champions might not seem all that exciting on paper, but don't let that deceive you: Galatasaray are not only feisty beyond belief but are also well-equipped to give Cloud9 a run for their money. They're probably not going to win, of course, but they'll at least make things a lot more competitive than expected. And, well, what more could you ask for?

Cloud9's first showing yesterday was quite impressive and it was about as dominant a performance as one would expect from a team as talented and experienced as theirs. With Perkz and Zven, anything other than a one-sided beatdown would've been considered as a debacle. They have all the right tools and weapons to not only get out of Play-Ins but potentially leave a mark further down the line as well. It's not going to be easy, of course, but they should not be underestimated whatsoever, despite their lackluster showing at this year's Mid-Season Invitational.

In fact, one could argue that we're probably going see the best Cloud9 yet -- they're highly motivated and want to find a bit of redemption after dropping the ball, both internationally and on home soil. But before they can test their might against the very best teams in the world, they'll have to go through a slew of "wildcard" opponents, including Galatasaray. The TCL representatives are, as always, surprisingly competitive and feisty, but it's probably not going to be enough to warrant a shot against C9. They'll still try, mind you, but if the boys in white and blue come out the gates swinging there's very little (if anything) that Galatasaray will be able to do to survive the onslaught.

With that said, this is bound to be an entertaining, skirmish-heavy scrap, so definitely make sure to tune in!