The Impact of League of Legends Patches on Betting

Being an esports player is no easy profession, despite what many believe. Professional players go through thick and thin to attain success, and many of the factors that heavily affect their chances of finding it are rarely within their control. This, naturally, means that betting isn’t always as easy as it might seem. So let’s focus on one of the biggest (and most underrated) influences in all of esports: the introduction of a game-changing patch.

These updates sometimes change individual champions — they’re buffs, nerfs or slight reworks. Other times, they affect the game on a much deeper level — they change the map, neutral objectives, turrets, minion waves, experience gains, neutral camp health/damage, and so on. These changes might not seem all that monumental, but they heavily influence the way the game is played. They affect the amount of gold or experience you have at any point in time, they force you to adapt and to consider alternate paths towards success. Whenever a big patch is released, everyone playing the game has to reassess their priorities.

In other words, everyone’s back to square one, and everyone’s fighting on a somewhat level playing field. These patches affect casual play as well, so one can only imagine the effort which is necessary from a professional player/team to fully grasp the nuances of a completely new state of affairs.

What was once strong might not be all that viable any longer and vice versa. Sometimes just a small buff is all professional players need to pull out an insane pocket pick and get the upper hand. Once a new patch is released, you can be sure that hundreds of thousands of people read the fine print and absorb as much information as they possibly can before queueing up to play.

These moments are at once both exciting but also frightening. Sometimes you don’t want the meta to change — you prefer it the way it is. Maybe you’re finding your stride playing a role that’s now a bit stronger than it was in the past. Or maybe you’re dominating on a champion that you know will eventually get nerfed to the ground.

Regardless, new balance changes keep the game fresh. They force us to keep watch — to tune in and theorize. Because you’re constantly forced to adapt, you don’t feel like you’re playing (or watching) the same game.

These iterations on a single product is the main reason why we’re still engaged.

Now, the frequency at which game patches are released vary from title to title. Competitive Dota 2, for example, was played on patch 7.22 for six months, up until the most recent Outlander update. League of Legends, on the other hand, is updated bi-weekly. This means the game changes constantly, and even the smallest of adjustments can sometimes have a ripple effect and heavily shift the meta in an unknown direction. Obviously, the latter is much better than the former, and even though having such frequent updates can become a nuisance, it’s well worth it in the long run.

But what about professional play?

Is it better or worse when compared to everyone’s solo queue/casual journeys? 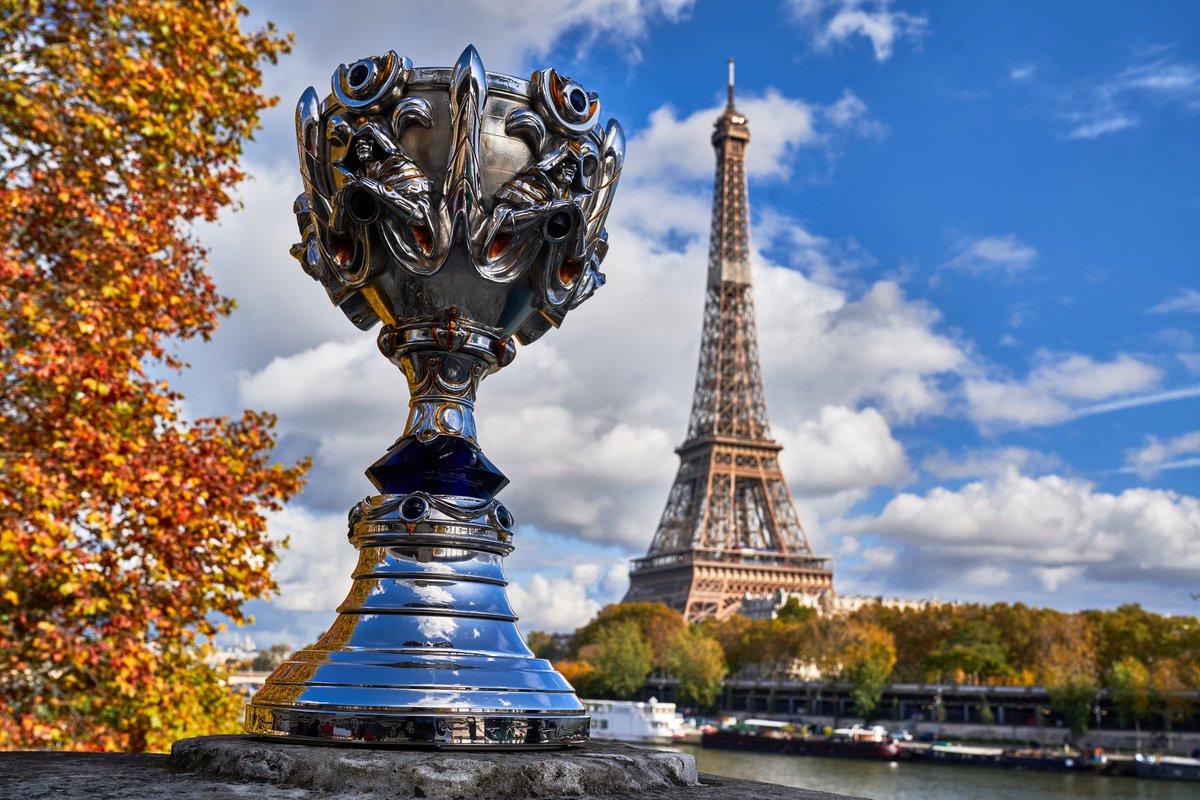 In short, it’s a completely different beast. Any change that is shipped to the game has a much larger impact on competitive play than it does on casual. It affects individual players, entire teams, and even regions. As an example, the LCK was always the strongest region in the world back when the game revolved around intelligent macro play. Once the meta shifted towards early game skirmishing and team fighting (which meant the average game time went down), the LCK no longer had top billing. Instead, it was the LPL that rose to the occasion and seized the opportunity.

China always played in an unrelenting, over-aggressive fashion. And while it often worked to a certain degree, it was always an inherently flawed playstyle. Instead of imitating Korea’s style of play (for better or worse), they stuck to their guns and eventually capitalized tenfold.

And so now, at the time of this writing, China reigns supreme, whereas Korea — the one dominant region we never thought would actually underperform — has to fight tooth and nail just to be in the Top 3.

All of this happened because of a huge, game-wide meta shift.

With every new patch, there’s a potential for a brand-new pick or strategy to become viable. Perhaps an old champion got buffed. Perhaps an item got changed which means an age-old tactic (like lane swaps or funnelling, for example) can once again be utilized. 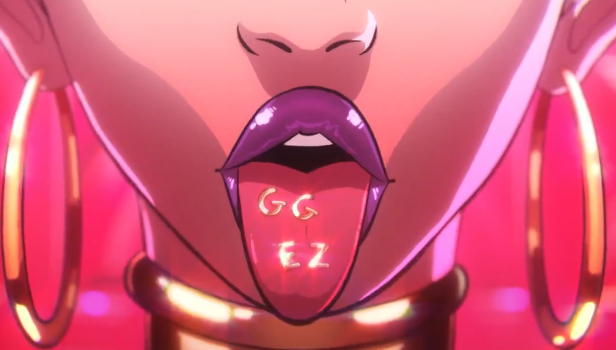 Now, whether a team comes up with a solid, full-fledged strategy or a cheesy one doesn’t really matter. To the players, there’s not much of a difference as they want every possible advantage they can get. Sometimes a single win can be the difference between reaching the playoffs and watching the action unfold on the sidelines.

The teams who delve deep into each new patch and do their homework have a higher chance of finding success. It might not give them a huge boost, but any kind of improvement is a highly welcome one.

This one fact also creates an element of surprise, and it’s highly impactful on betting as well. If you’re watching competitive League after a big patch ships, odds are you’re going to see a couple of upsets. There were many instances in which tournament favorites explained their upset loss by saying that they had a bad read on the meta. That basically means they prioritized the wrong objectives at the wrong moments in time and were therefore unable to mount an offensive, impose their own playstyle or create a sizeable gold lead.

League of Legends is a game of many intricate layers, and that’s perhaps best seen when ten professional players spawn on the Summoner’s Rift.

So it is only natural that when these layers get adjusted (at least ever so slightly), the players have to adapt which then, in turn, affects their performance and odds of attaining success.

Patches also heavily impact teams that depend on any given strategy. Every team has a style of play — an avenue towards success. Some play through certain lanes like mid, top or bottom, some bank on their late game team fighting, whereas others go all-in on their mechanical prowess and try to brute force their way to victory. 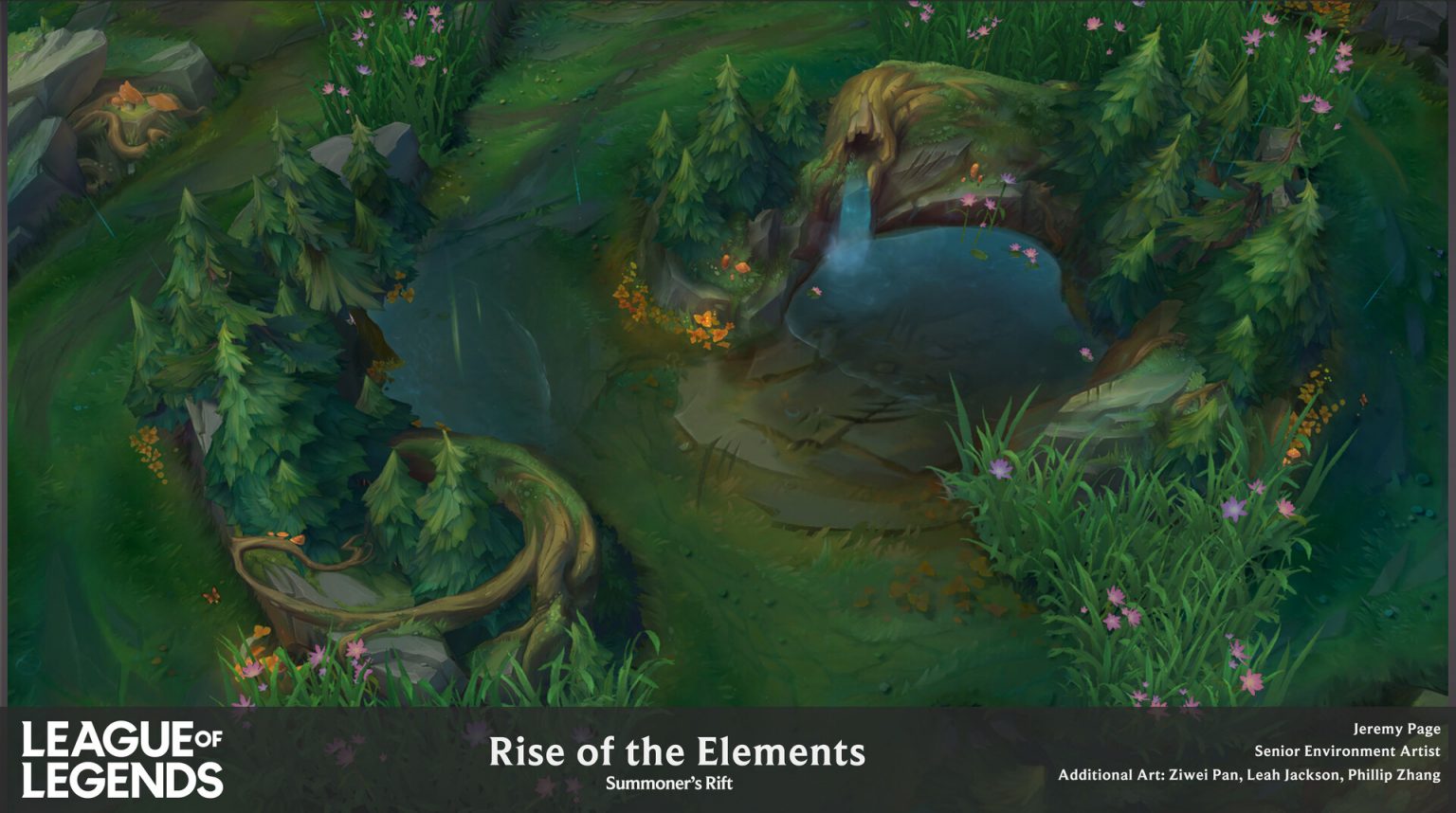 Not all strategies are created equal, and some are more viable than others — depending on the patch. The teams that adapt the quickest are the ones that stay on top, but it’s not always that simple. There’s a certain ebb and flow to the whole matter, and sometimes it’s impossible to know how well a team will react to a brand-new patch.

This also means that rosters with one-dimensional playstyles (like the LEC’s Team Vitality or SK Gaming) won’t always be equally as dangerous. Vitality thrived off of chaos and early game skirmishing. If the meta shifts towards late game, they’re nowhere near as dangerous. By the same token, SK Gaming mostly won through Oskar "Selfmade" Boderek’s aggressive style of play — he always prioritized ganking top lane, almost to a fault. Once teams realized that he’d always go top first, they adapted, and SK Gaming never quite found the same amount of success.

Both top-tier behemoths and mid-tier gatekeepers are equally as impacted whenever a brand-new patch ships. Some are just more reliant on the meta than others so they lose out the most.

Whenever the off-season comes along, Riot — like clockwork — ships an absolutely huge, game-changing patch. Their most recent one affected neutral objectives, jungle camps, Dragons, experience gains, as well as both side lanes. The weight of this patch is still relatively unknown, even though it’s been on live servers for quite a while now.

Because there are so many novelties, there’s no one way to play the game right now, meaning we’re bound to see quite a big number of upsets come Spring Split. Everyone will be experimenting and trying to one-up their opponents, and yet only a select few will actually succeed.

This preseason patch will usher in a different kind of jungle meta, and it will affect how teams rotate and which objectives they fight over (not to mention when). Some challengers are more adept at this than others, so expect absolute chaos come January.

There are so many fascinating questions right: How will each region adapt? Which teams will stand out? Will this one patch be enough to shift the meta (and the game) in an unexpected (unexplored) direction? It’s impossible to know at this point in time, but one thing is for certain: finding out will be an extremely exciting process filled with top-tier high-octane play.

Even though patches upset the status quo upon release, the game and its meta stabilizes fairly quickly. These patches are never so big in size that they cannot be dissected in a week or two’s time. Plus, teams from each region scrim against one another, so they’re bound to share ideas and strategies sooner rather than later.

All of these factors make esports betting quite complicated. Any kind of disturbance, no matter how small in size, can leave an impact of competitive play. Obviously, there’s always an overarching meta that cannot shift that easily (meaning the best teams will always remain near the top), but whenever there’s a new patch there’s a chance for an upset.

So what can you do to minimize your losses?

Quite frankly, the answer is simple: watch as many games as you possibly can. There’s a whole breadth of information you can gather by just keeping track of which team is doing what and when. You can, of course, follow Reddit and any kind of media outlet, but there’s a ton of nuance that you’ll miss that way. By keeping track of what’s happening, by keeping your ear close to the ground, you’ll gain in-depth knowledge that will heavily impact your choices when betting.

In other words, it’s paramount to be up-to-date. Most fans lump teams into binary groups (good, mediocre, bad) and completely disregard the finer details. But these details are of great importance. And, finally, you need as many details as possible when you’re betting on two seemingly equal teams.

That’s when you need to factor in individual performance, the momentum of each team coming into the match, their synergy, their champion pools, in-game tendencies and the way they transition from one stage of the game to another. And these nuances simply cannot be obtained by superficial involvement.