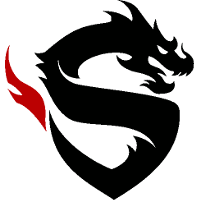 For our third match of the day we have a rather exciting clash between the Stage three finalist -- the Shanghai Dragons and the Seoul Dynasty.

This match-up already happened not so long ago. We've seen these two teams clash against each other in the first week of the final Stage and the Dragons stood triumphant with an excellent three to one score.

It all started on Ilios. The Dragons were determined and had a clear objective on their mind -- to win as fast as possible and set the pace of the match. They dictated the tempo right from the get-go and there was nothing that Seoul could do to stop them. Their synergy was top-notch but it was their supports who provided an immense amount of protection for the rest of the team. Their tanks were able to dive into Seoul's back-line and get constant eliminations on priority targets. Seoul's backs were against the wall and they couldn't adapt to Shanghai's tactics when it mattered the most. The score was two to zero in Shanghai's favor which meant Seoul had to respond as soon as possible.

Next up was Temple of Anubis. The Dragons started off on solid ground by securing the first point easily. It wasn't long before Seoul read through their strategy and were able to push through their defensive and secure a slight advantage. We could see a glimpse of hope, but their hype didn't last long. The Dragons managed to turn things back around and were able to secure the win once again. It seemed as if they were playing with Seoul.

However, if there is one thing that Seoul is good at, it has to be defense. Once the Hollywood took place it was their time to shine. They might have lacked damage, but they were at least able to delay Shanghai's push. It wasn't spectacular by any means, but it got the job done. By that point, they were grasping for straws. The match went back and forth, with the Dragons barely emerging victorious.

For this match, in particular, we will have to side with the Shanghai Dragons. After all, they were more capable both as individually as well as a six man unit. While they are struggling right now, they were at least able to beat Seoul and secure their only win in the final Stage of the season. Seoul, on the other hand, struggled regardless of the opponent. This will surely be an insanely close match, but the Dragons should, in theory, be able to get the win.