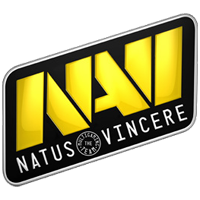 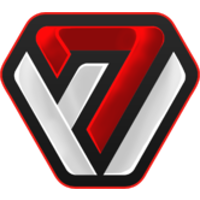 NaVi ranked #7 from Russia are clashing against team AVANGAR ranked #6 from Kazakhstan in the BLAST Pro Series Moscow 2019 that has six teams competing for the prize pool of $250,000. This tournament is played on LAN in Moscow, Russia.

Map performance for team Natus Vincere on Inferno in the last three months: Inferno is at 100,0% win rate on four played maps - WON/TIED/LOST - 4/0/0. They played 117 total rounds and won 70. They also played eight pistol rounds and won four, which is 50,0% win percent. Playing as Counter-Terrorists, they won 51,43% rounds, and as Terrorists, 48,57% rounds. Their round win percent after getting the first kill is 77,9% total, and their round win percent after receiving the first death is 34,7% total. They played one match in September and won 16-12, in August they played one game and won 16-4, in July they played two games and won both.

Pistol performance in the last 50 days only on offline (LAN) events goes to team NaVi who have 62,5% win rate, over AVANGAR who have 40,9% total.

Map highlights for team AVANGAR on Inferno in the previous three months: Inferno is at 58,8% win rate on 17 played maps - WIN/DREW/LOSS - 10/0/7. They played 436 rounds and won 231, which is 58,8% win percent. They played 34 pistol rounds and won 15, which is 44,1% win percent. Playing as Terrorists they won 48,05% rounds, and playing as Counter-Terrorists, they won 51,95% rounds total. Round win percent after getting the first kill is 73,9%, and their round win percent after receiving the first death is 27,8% total. They played two games in September and lost both. During August they played ten matches and won seven. During July they played four games and won three, while they played one game in June which they lost.

OK, so this is best of 1 with a possibility of a tied match. NaVi has one tied, and one lost match, while AVANGAR has two losses. I will go with NaVi here, it is a good choice because they play good in recent matches, and Inferno is one of their best performance maps.

Good luck with all who bet, and don't forget to gamble responsibly!